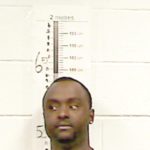 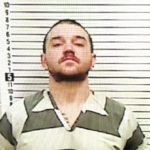 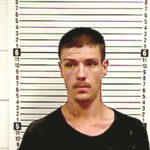 Stowe said the judge sent out a message with the sentencing that repeat offenders will soon have their day in court. “You can put off paying a bill, but eventually it comes due,” Stowe said on Friday. “Mr. Boggs is a career criminal with a long history of burglaries, among other crimes. Finally, justice has been served.”

According to records obtained from the sheriff’s office, Boggs has an arrest history of more than 20 years, dating all the way back to 1998. Sheriff Kenny Christopher said in an interview late Friday afternoon that Boggs has charges stemming from drugs to assault.
It was the two charges, theft and aggravated burglary that eventually ended Boggs’ criminal reign in Benton County. McGinley dropped the gavel down on him and gave him the maximum sentence.

Stowe said, “This was an important reminder for all of those contemplating criminal activity. If you commit the crime, you will do the time. In the end justice will be served.”
Stowe also updated a couple of other high-profile cases. Cody Townsend, 29, still sits in jail as prosecutors wait for further testing in the case where he is accused of aggravated animal cruelty, aggravated burglary and trespassing.

Townsend reportedly broke into a home in Sugar Tree on Sunday, April 28, beat a female Labrador Retriever mixed canine in the head with a hammer and then drug her over to a nearby neighbor’s home and threw her into the fire.

The dog eventually succumbed to her injuries.

Although the case is in a holding pattern, Stowe said that he expects justice to prevail and that, “he and his staff take animal cruelty extremely to heart. We have our eye on this case and look forward to getting justice for our four-legged friends, as well.”

Finally, on Friday, the case of Jack Anthony Herron, the accused murderer in the early morning stabbing of 35-year-old Garren Crafton on Friday, March 22, was bound over to a grand jury. Herron is being charged with second degree murder in the Big Sandy incident and the case will be heard on June 17.